Today you’re going to learn how to memorize fast and for longer time.

This simple method makes you a fast learner by showing you how to use a few simple techniques for remembering whole lists of data you will automatically recall even months after you’ve learned them.

lt’s a known fact that the mind best remembers something new when it is associated with something already known and stored in the memory banks.

How To Memorize Fast:

Most of the memorizing systems that you come across are based on this fact. Three of the best are:

The first two are more effective when they are combined in a single system. But, they do work individually and, I might add, most effectively.

The first usually teaches you how to memorize a list of ten or twenty items after only once hearing or seeing the list. When you demonstrate this extremely simple memorizing technique to your friends, expect to see startled faces.

There will be many occasions when you’ll need to memorize lists of items. Mostly, they have to be memorized in a certain order.

Now, you can do this the hard way by reading the list over and over again until it becomes fixed in your mind. This may take hours, however. There is a much shorter way.

The first thing to do is pre-memorize a list of ten items that you can associate by sound with the numbers from one to ten. For instance, my pre-memorized list looks like this:

For number two, I picture a tulip. Note again the sameness of sound.

For number three, I picture a THREad.

Don’t pre-memorize this list if it doesn’t sound natural to you. Think up a list of your own. But it is necessary to pre-memorize a list because you need each item to form a mental-image picture that will connect with an item you are trying to memorize.

As an example, here’s an arbitrary list of objects that I will demonstrate with to show you the mechanics of this system. Our objective, remember, is to memorize the entire list in the order given.

To memorize the first item – stick -make a mental image picture of a woman (the object we pre-memorized to represent number one) holding a stick in her hand.

This fixes the first item in your mind beside the number one. Just thoroughly picture the woman holding the stick.

Thereafter, all you need do is think of “one.” Mentally attached to it is the mental-image picture of a woman carrying a stick. That’s all there is to it. That‘s how the mind indexes data, and that’s the basis of this memorizing system.

It works backwards, too. Picture the stick and the woman holding it will emerge. This will tell you that it is the first item on the list.

To memorize the second item – book – make a mental image picture of a tulip lying across a book; when this becomes fixed in your mind – it takes just a few seconds – you have memorized the second item.

To memorize the third item – typewriter – make a mental image picture of a thread of yarn draped across the typewriter keys.

To memorize the fourth item, make a mental image picture of a phone balancing precariously on a can.

For item #5, picture a razor cutting through a wooden file cabinet.

For item #6, mentally place a skate in a sink.

For item #7, picture an apple in some unleavened dough.

For item #8, picture an ape climbing a pole.

For item #9, mentally stab the knife through a shoe.

And, for item #10, picture a feather at the entrance to a tent.

That’s all there is to it. It‘s very easy to do, even the first time you try it.

Now, the best demonstration of the effectiveness of this system would be to tell you about what just happened as I was dictating this material to my secretary.

I have demonstrated this system of memorizing to many people, but she never heard of it. To test me out, she asked me to name the items
I just dictated backward. The result was, as usual, a startled person. Now, you can do the startling.

You will be able to recite the list backward, forward, by number or by item.

Here it is again. First memorize a list of ten items that you will thereafter associate with the numbers from one to ten.

Then, make a mental-image picture of these numbered items with any object that you want to remember. It’s as simple as that.

Try it out right now. I’ll bet that you memorize a list in less than five minutes. I will also bet that you will be able to name the objects by number, backwards, or even randomly.

SEE ALSO: How To Learn Anything Fast And Remember It: The Real-World Guide

I’ve always been bad with names; and to a teacher, that can be critical.

People just don’t like being called, “Hey, you!” In the past I tried to hide the fact that I forget names, but I was usually unsuccessful.

So, I learned this simple method. I suggest you do the same. It will save you many embarrassing moments in your social life.

Whenever you want to remember a person’s name (1), be immediately conscious of what the name reminds you of, or what it sounds like, or what the person looks like. In some way, associate this with the person himself.

For instance, I was once introduced to a very important man named Mr. Rosenwasser. How do you suppose I memorized his name?

I associated it with two objects: a rose and a washer, like the one on a bolt.

Those were the objects that sounded like his name I mentally stuck the rose into the washer and fixed this image on Mr. Rosenwasser’s forehead.

I’ve never forgotten his name, and since I see him maybe once every two years, he never fails to be amazed when I call him by name.

Sometimes, a name does not readily bring to mind an object that you can separately associate with the person’s name.

This was my problem when I met a fellow named, “Mears.” Now, “Mears” is not an object, but it does sound like “tears.”

So, I immediately picture Mr. Mears with tears coming down his cheeks.

Whenever I see him, I immediately see my mental picture of him crying and out comes Mr. (tears) Mears. Here are some other examples:

This skill for memorizing names can be developed to a fantastic degree and can come in mighty handy to salesmen, executives, teachers, or almost anyone.

But, you have to use your imagination with this system. The key is absurdity. Make the picture as “way out” as you can.

You will better remember the person’s name that way. The mind seems to remember the “unusual” better than the usual.

These are the easy ones. Most everyone knows the sayings associated with them.

But, how would you memorize the stops made by a street car in South Philadelphia? Or the color coding used on electrical resistors?

The principle is the same. It’s done through mnemonics, which merely means a “technique for remembering.” (Did you look it up as per FLM #1?)

Once you have mastered the technique of remembering mnemonically, you will come to feel that there is nothing worth remembering that doesn’t have a mnemonic device to remember it by.

And since memorizing is a big part of your education and studying, it’s a good idea to learn the mnemonic way to memorizing. Here are some examples to show you how.

If you want to remember whether you move the hands of the clock forward or backward at those certain times of the year, just remember this mnemonic: “Fall back and spring forward.” That is, in the fall, move your clock back; in the spring move it forward.

If you want to remember whether a stalactite or a stalagmite hangs from the ceiling in a cave, just remember that the object has to be tight, as in stalactite, to hold on.

The word stalagmite contains a “G” for ground. So, you will find stalactites hanging “tightly” from the ceiling and the stalagmite growing from the ground.

lf you want to remember the names of the planets in the solar system, think of the sentence, “My very earnest mother just served us nine pickles.”

Ask any electronic engineer how he remembers the color code on resistors and he will recite: “Bad boys raped our young girls, but Violet gave willingly.”

If you frequently ride a street car in South Philadelphia, you might recite this mnemonic to yourself: “Red devils took my mother.” (Reed Street; Dickinson Street; Tasker Street; Morris Street; Moore Street.)

If you want to remember the spelling of the word, “Principal,” think of the mnemonic, “My pal is the principal”

Physicians have to go through certain routines when they admit a patient to a hospital.

If you ask one how he remembers the order of the routine, he will say, “D.C. Van Dissel.” (diagnosis, condition, vital signs, ambulatory, nursing orders, diet, intake and output, symptomatic drugs, special drugs, examinations, laboratory.)

Ask a biology student to list the Linnaean system of classification, and he will recite, “King Peter came over from Germany seeking a fortune.” (Kingdom, phylum, class, order, family, genus, species, form.)

I think I have given you enough examples to convince you that no matter what field, discipline, or career you’re in, important data can be memorized mnemonically.

All you need do is think up a catchy phrase or acronym that will represent items you’re trying to remember.

It is amazing how simple this system is and how effectively it works in remembering even the most difficult things (2), like “pi” to the 14th decimal place.

How about this mnemonic: “How I want a drink, alcoholic of course, after the eight chapters involving quadric mechanics.” (The number of letters in each word gives, 3.1415926535879,” the value of “pi” to the 14th place.)

Now, very few people will have to remember “pi” to the 14th place, but if you are one of them, don’t let it throw you. Just remember the mnemonic instead.

It’s easier and it never fails.

I want to thank you for taking the time to read my article about how to memorize fast. I sincerely hope its contents have been a good help to you. 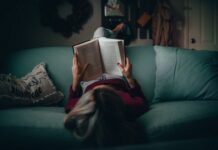 How To Read Faster And Retain More Information (in 1 Hour) 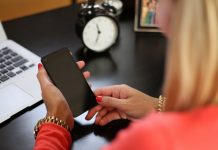 How To Deal With Distractions While Studying (Or At Work) 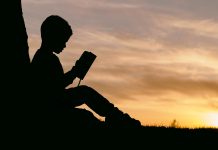 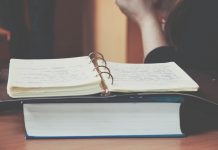 How To Take Better Notes: In-Depth Guide With Great 4 Systems 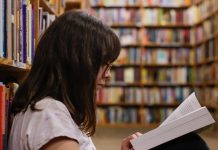 How To Remember Better When Studying [New 7-Step Guide] 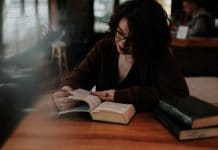 How To Become a Fast Learner In Everything: [Ultimate Guide] 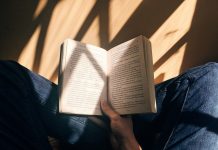 How To Increase Your Reading Speed And Comprehension FAST 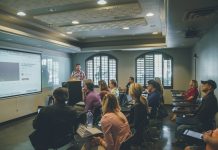 How To Become a More Effective Learner: The Ultimate Guide 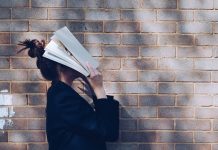 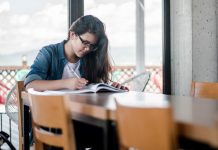 How To Boost Your Memory Fast: Here Are 13 (Effortless) Strategies 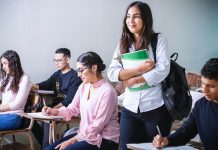 How To Become Popular In School Fast: 32 Tips For Any Student 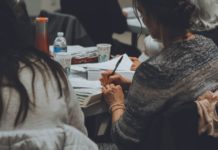 How To Learn Anything Fast And Remember It: Top Strategies