If you’ve ever wondered how to avoid internet addiction, this article is for you.

You can’t stand one day without checking Facebook, you get news from the web, you comment on current events on Internet forums, and you like to do your shopping on Amazon?

Be careful! You may be addicted to the Internet!

First of all, out of curiosity we enter the websites we are interested in, create profiles on social networks, play computer games to relax, and with time we find that we can’t live without it.

Abuse of computer, Internet, mobile phone, television and all kinds of multimedia gadgets can have serious consequences for our health.

Infoholism, also known as networkoholism, is simply an Internet addiction. What is more, because it is a strong psychological addiction, it is more difficult to treat than alcoholism or drug addiction.

Experts in addiction have already hailed it as a civilisation scourge of the 21st century.

The plague, which is being fought with is extremely difficult, because the object of addiction cannot be avoided.

Computer addiction was discussed mainly in connection with children and young people, especially the time they spend on computer games. In 2009, 22 thousand people under 18 years of age were required to undergo treatment for this reason throughout UK.

Today, there are many more of them. The problem also concerns adults.

This is evidenced by the fact that although every year clinics notice this social problem and more and more often in their offer they conduct therapies in the field of infoholism treatment, still the knowledge about it is poor.

Dr. Hilarie Cash, a psychologist from Seattle, runs a clinic where infoholics are treated.

As an example to caution, he often refers to the fate of one of his patients, a 25-year-old from Washington. Well, through his addiction, he got entangled in such a web of lies that he fell to the very bottom.

He went to bed with his wife, and then snuck out in the middle of the night to the computer. In the morning he dressed and pretended to go to work, but really stayed home and played computer games.

When they fired him from work, he didn’t tell his wife anything, only paid his credit card bills. He did everything to spend as much time as possible in front of the computer.

It was only when he was alone that he realized what his addiction had led him to.

However, most experts believe that all data on the number of addicts is underestimated because the vast majority of them never seek treatment because they either do not notice the problem or are ashamed of it.

Discussion forums, social networking sites, news sites, watching videos online, playing computer games and even downloading files can all be addictive. Just like hundreds of others not mentioned in the text.

The problem arises when the time spent in front of the screen negatively affects our duties. Often in such cases people neglect both work and family.

Cybersexual addiction is particularly dangerous when one partner betrays another via the Internet.

This is not physical betrayal, but equally severe. Interestingly, in UK there was a case of divorce, which was the cause of the situation described above.

– The number of Internet addicts in some industrialised countries exceeds the number of poppy drug addicts and it is necessary to take measures against this new disease, says Hurbert Poppe, an Austrian specialist in drug treatment.

The problem does not only affect people who are alone and without a permanent job, but more and more often ordinary people who have a second life in cyberspace.

The threat is great, because, as we read in the report by Ericsson ConsumerLab, the amount of time we spend on the Internet has quadrupled in the last eight years, and today it is 20 hours a week.

The situation is not improved by the development of technology, thanks to which the Internet is available almost everywhere. Mobile phones, tablets, laptops.

Thanks to mobile devices we do not have to part with it at all.

When can the Internet kill you?

The addiction epidemic is most acute in Asia, especially in Japan and South Korea.

The number of people who lose touch with reality is counted in hundreds of thousands each year. The therapeutic camps where students learn how to distance themselves from the digital world are very popular.

Computer games in general are particularly hard to beat. A 28-year-old South Korean citizen died of heart failure caused by spending 50 hours in an Internet café.

He was so addicted to online gaming (1) that he quit his job that he could spend more time in front of the monitor.

The computer was leaving only for the toilet. When he didn’t show up for two days at home, the concerned mother asked for help from his colleagues to help her find him.

They found him in a nearby café. He assured us that he would finish the party he had begun and would be back soon. It turned out that this was his last game.

Recently, a scandal broke out when it became clear that a Korean young couple almost died of their child, who was a few months old.

While they played computer games in an internet café for 12 hours without a break, their little daughter got dehydrated.

The young people admitted that they were addicted to the game and were unable to break away from it. It is paranoid that in the computer game they fed their virtual avatar child.

Sometimes even a crime is committed as a result of an affront. In 2005. A 41-year-old Chinese man stabbed his colleague with a knife for stealing his sword in an online game. The scale of the problem is being monitored on an ongoing basis in these countries.

Of course, it is impossible not to use the Internet and many multimedia devices, if only because we would condemn ourselves to the technological middle ages (let’s take the Internet banking, for example).

However, we need to know moderation.

Every day we absorb nearly 34 gigabytes of information using computer terminology, which corresponds to one hundred thousand words.

Our perception is not able to process such a quantity and, in conclusion, the more we know, the less we know, because the facts obtained quickly are forgotten just as quickly.

Why is it worth mentioning this? For a very simple reason.

In many cases, dependence on the Internet is connected with the rush for new information, which we know as quickly as possible can be obtained online.

However, does access to an almost unlimited database make us smarter? Only seemingly.

Unfortunately, the truth is that we are flooded with information that litter our heads. We learn more and more, and we know less and less. We also have much less time for everything.

Following every piece of news in a rambling manner means that we lose important ground while focusing on unimportant details. When only books were used as a source of knowledge, people analysed the information in detail.

Maybe they did not have access to so many facts, but they tried to elaborate the subject as deeply as possible.

Today’s knowledge is very superficial. The recent fashionable knowledge of everything (which can be seen especially at important events, when the number of “experts” is growing at an alarming rate) is nothing more than an imitation of a certain wisdom.

At some point we ourselves fall into the trap of our own development.

Something that determines our progress may as well contribute to our gradual isolation and limitation. Especially if we do not use it wisely, without compromising our health.

How To Avoid Internet Addiction?

An infoholic must realize what are the sources of this addiction, e.g. desperate search for a cure for a dramatic loneliness, relaxing everyday problems, stress and illusions, unfulfilled dreams, fear of the world and people in the real world, wounds from childhood, complexes, etc.

Getting to know them one can look for other ways to heal, because infoholism does not cure, but more and more deepens, giving only short-term pleasure.

It is often helpful to specify the hierarchy of values, to base it on moral authority, to build mature interpersonal ties, to fight the crisis in the family, to fight against existential loss.

Infoholics must start to live anew in the real world – to feel life and at the same time “put down the total barrier” to surfing the Internet, playing games, e-mails, texting, communicating.

Such a post cleanses and gives a chance to avoid secondary infoholism!

No one will be surprised anymore that excessive use of a mobile phone can be a clinical problem. The recently diagnosed addiction has even gained a professional name – phonoholism (2).

According to research, every fourth Spaniard, every fifth British and almost every American cannot imagine life without a cell phone.

Every third teenager (36%) claims that he would not survive one day without a phone. 27% would surely return home to get a forgotten mobile phone, and another 28% would feel anxious about not having a phone with them. 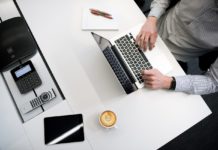 How Technology Affects Our Lives Positively [In Countless Ways] 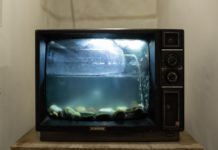 How To Watch Less TV: Why You Should Stop Watching TV?